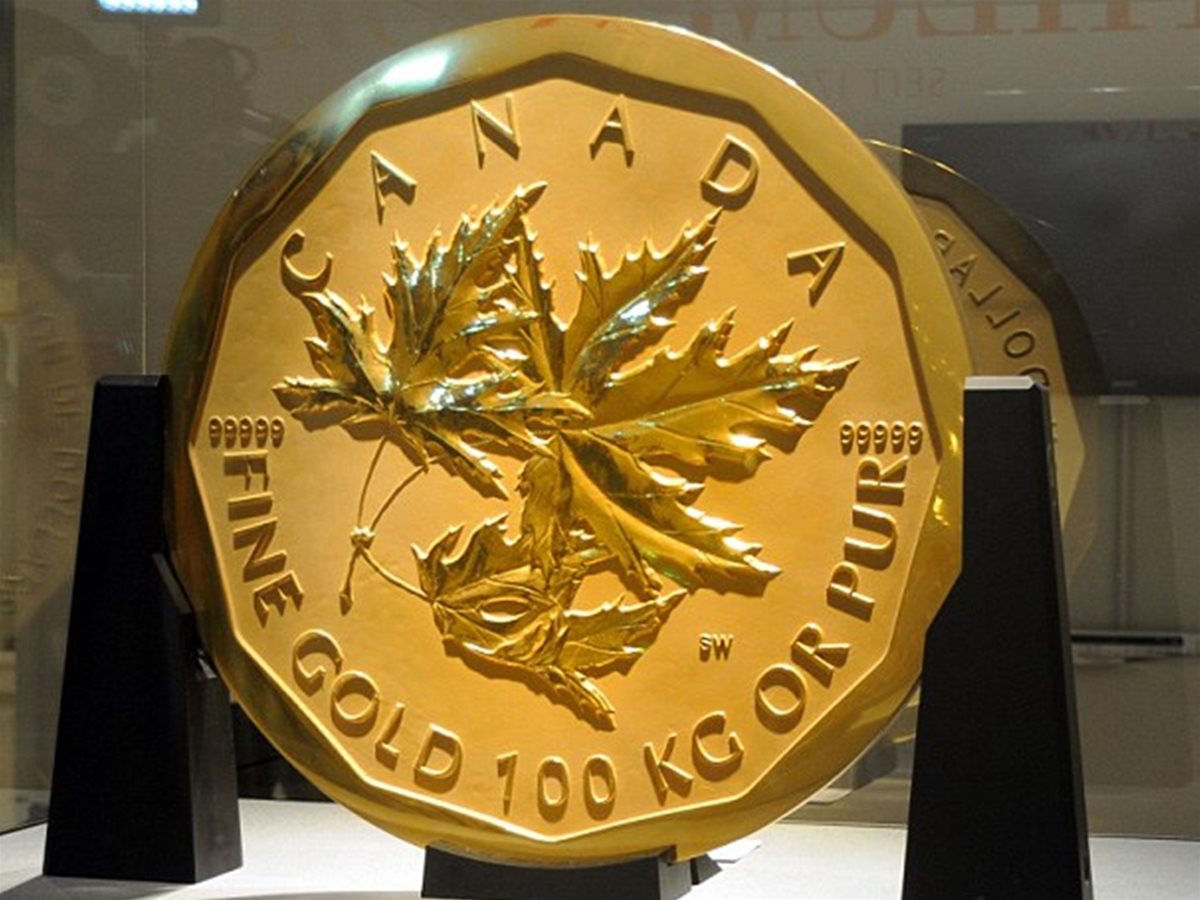 Imagine you’re planning your next line of products and you want to offer something unique and for it to be your showpiece.

But what could a be showpiece? A track version of your favourite supercar? Perhaps, a celebrity becoming a special guest on a TV show? Or even the Spice Girls performing at the London Olympics?

Canada caused a wave of excitement when they created the 'Big Maple Leaf Coin' in 2007. Completely solid gold, it's extraordinarily different to any coin you will ever see.

The Big Maple Leaf Coin certainly does not disappoint in terms of being a showpiece.

Granted, it may not be as dramatic as the ball drop in Times Square or as immersive as an opening ceremony for the Olympics but what it does have in common with these aforementioned showpieces is that you do not miss when you see it.

Originally, only one coin was to be made but the demand was so strong that the Royal Canadian Mint created 5 more!

Susanna Blunt designed the obverse side of the coin which features an effigy of Queen Elizabeth II.

In addition, Stan Witten, a Royal Canadian Mint artist, designed the reverse side which is a hand-polished maple leaf.

In June 2010, one of these Gold coins was consigned to an auction and won by a Spanish precious metals company, who placed the winning bid of £2.68m.

This figure was the exact price of its material worth at the time.

Even though the coin has a nominal face value of $1 Million, because of its weight in gold, it can be worth up to $4million!

Not many things are worth more than their weight in gold, right?

In March 2017, one of these coins was stolen from the Bode Museum in Germany.

The coin was on loan from an anonymous owner which is still under investigation.

Four people have been charged with the theft where it's believed the coin was melted down and then sold.

The Big Maple Leaf Coin is a fantastic piece of engineering and artistry. Crafting this colossal coin has numerous downsides such as its durability but the results are quite spectacular.

Exclusive owners of this gold coin include Queen Elizabeth II herself. The original is held at the Royal Mint in Ottawa, Canada.

What are your thoughts on the Big Maple Leaf Coin? Hit the share button and let us know!

If you're new to our countdown then checkout the auctions which feature in our list here: Iconic Auctions Which Made History.

Next up in our series is the finale which is quite possibly one of the most ludicrous auctions of all time - Iceland!