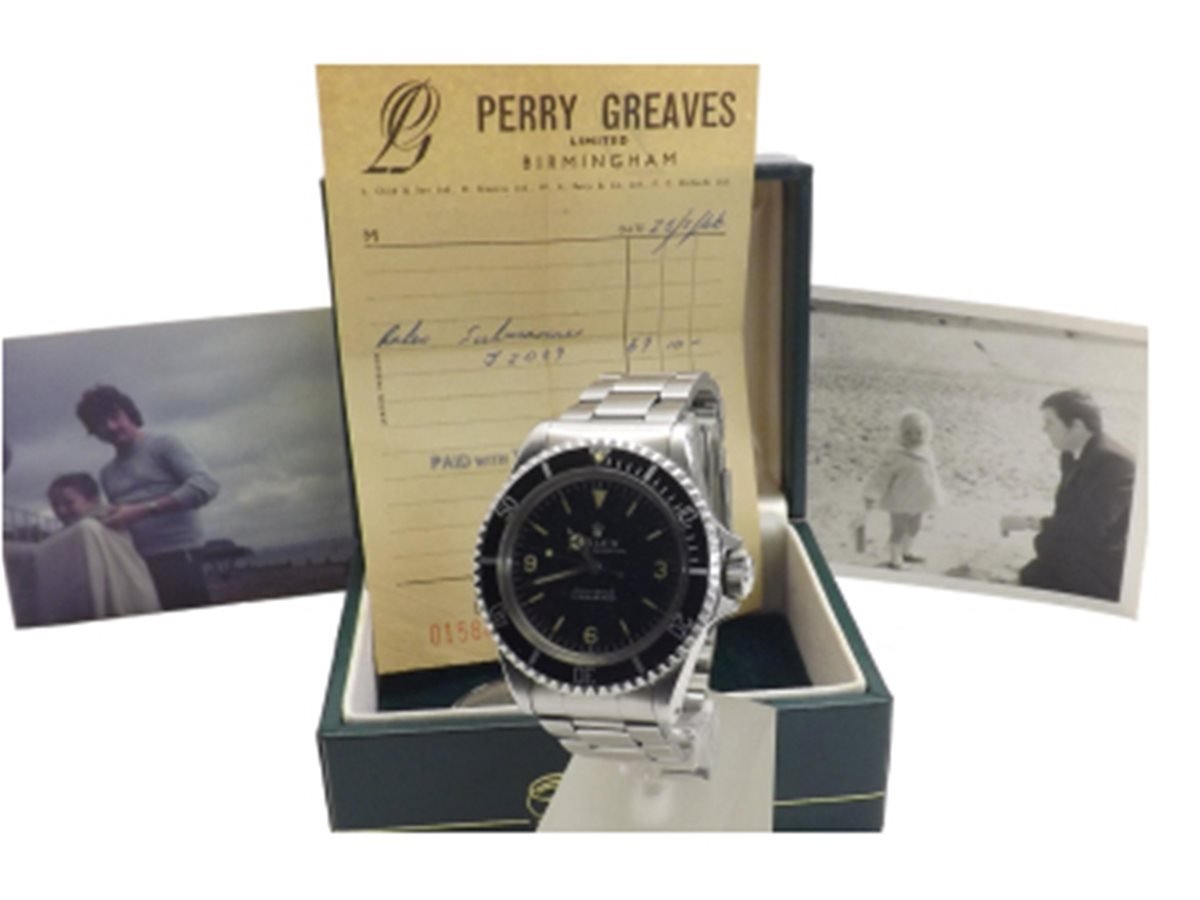 A rare Rolex Submariner has just sold for a whopping £140,000 but it would’ve been worth just a fraction of that price if the owner had got his wish to repair some slight damage on the dial.

The Story Behind the Watch

The stainless steel Oyster Perpetual was damaged during a routine service and the owner attempted to have the dial replaced, fortunately, he was unable to do so, as this would’ve slashed its value by a huge 95%.

This version of the Submariner was made during the late 50s and early 60s and it is highly desired by collectors due to its 3-6-9 dial, however, this example is rarer still as it also features the addition of a dash on the dial, making it one of only 50 of its kind worldwide.

The watch, which was valued between £60-100,000, garnered much interest from across the globe and was eventually sold for the £140,000 to a Chinese collector. The sale came with the kind of provenance that collectors love and as well as still having its original box and purchase receipt, it also included some family photos of the owner wearing it.

A similar example of the watch sold for £160,000 in May of this year and this prompted the owner to decide to sell the watch, but even more astounding than the price the Rolex fetched at the Gardiner Houlgate auction is the original purchase price, the owner’s wife bought him the watch as a gift for just £69.10 back in 1966.

If you liked the article then hit the share button. If you want to read one of our suggested articles then take a closer look at Rolex then check out our article 'Luxury Watchmaking Spotlight: Rolex' here.

Our Luxury Watchmaking Series explores the finest watchmakers in the world and how their brand evolved over time.

If you want to see the luxury watches that we have in auction then hit the link.