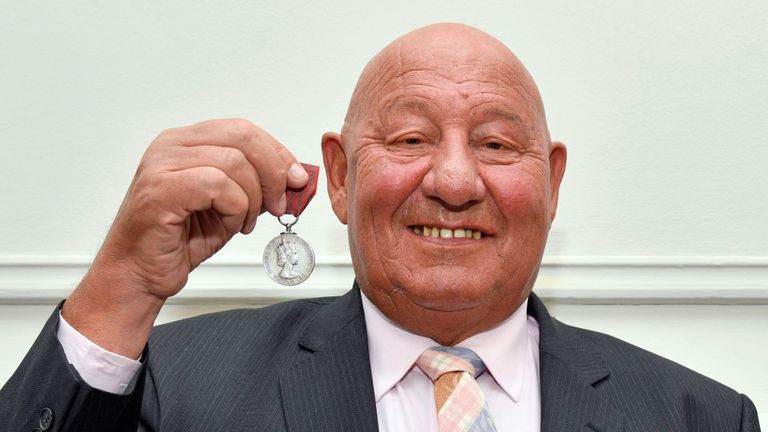 Ronnie Russell and The Kidnapping of 74

Ronnie Russell sounds like the everyday alter-ego of a Marvel super-hero and you wouldn't be far off! It is actually the name of a real-life hero. The heavyweight boxer that saved Princess Anne from a kidnapping at gunpoint in 1974.

Having survived the ordeal, he was awarded the George Medal for his incredible bravery. A fantastic award, deservedly given to someone selfless enough to put themselves in harm's way for another. A proud moment.

Unfortunately for Ronnie, his health has deteriorated following several strokes and selfless as ever, Ronnie doesn't want the strain of afterlife costs to cripple his loved ones. It is because of this he is looking to sell his Medal.

A difficult decision no doubt. Ronnie fondly remembers the Queen thanking him not only in her royal capacity but as Anne's mother. She was truly touched as any mother would be that someone would risk themselves for their loved one.

Ronnie recalls that he was just on his way home the evening of the attempted kidnapping. The combination of his bravery and strength mixed with Anne's stoicism proved to be just the recipe to thwart Ian Balls attempts. Two punches to the head and a quip of "Not bloody likely" Anne's response to Ian's request she vacates the vehicle, created enough delay that Ian could be detained.

This caused a massive upheaval of the Royal security detail and more stringent measures were put in place.

If collectables, militaria or special antiques are your things, keep up to date with our regular Antiques and collectable catalogues here!