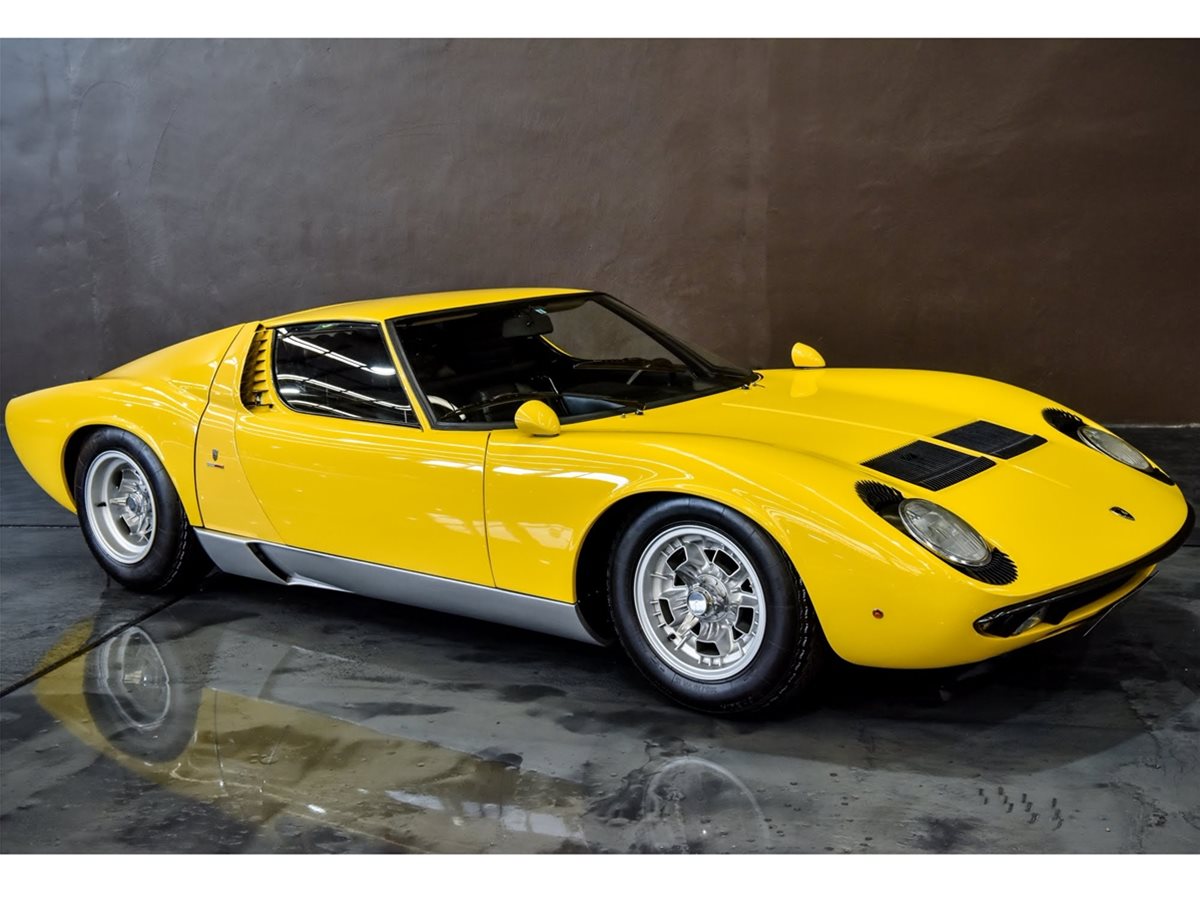 Top 5 Lamborghini Cars of All Time

William George welcomes you to another top 5 countdown.

The next manufacturer to feature on our list is no other than the fighting bull, Lamborghini.

Lamborghini is an Italian automobile maker who is best known for producing luxury sports cars.

Despite only being founded 55 years ago, their signature designs have been adored by many generations which illustrate how much of an influence Lamborghini has had on the automobile world.

The vision behind the company came from Ferruccio Lamborghini who originally produced tractors which were in need after the end of WW2.

After accumulating success and wealth, Ferruccio housed an enviable collection of luxury cars featuring the likes of Maserati, Mercedes and Ferrari. However, it was the relationship with his Ferrari which later transformed his ambitions and began a rivalry which still exists today.

Ferruccio who was an engineer at heart managed to find faults in the luxury cars that he drove. One of which came from his Ferrari which had a clutch that did not agree with the driving style of Ferruccio. This resulted in recurring trips to the factory for repairs.

After one time too many, an enraged Ferruccio took his problem directly to Ferrari. Not just Ferrari… Il Commendatore himself.

The Birth of Lamborghini

After approaching Enzo Ferrari, Ferruccio explained his problems with his Ferrari to which Enzo replied to a surprised Ferruccio Lamborghini: “Lamborghini, you may be able to drive a tractor, but you will never be able to handle a Ferrari Properly.”

What is remarkable about this exchange was that Ferruccio realised at this point that he will endeavour to make the perfect car.

The rest of the story is well documented. Lamborghini has released numerous iconic vehicles with no loss of enthusiasm and William George & Co. have celebrated this by counting down our Top 5 Lamborghinis of All Time.

Let's start with the icon.

It just had to go first, just look at it. When you see it, so many things just hit you.

“When people ask me nowadays to describe my ideal car. I still answer with one word: Miura.” – Ferruccio Lamborghini.

Ferruccio Lamborghini’s admiration for this car is absolute and it's iconic due to it being credited as the first modern-day supercar. This car was also Ferruccio's response to his encounter with Enzo Ferrari and what a response it was!

The Miura was packing an ear-shattering V12 engine which produced 380 horsepower and a top speed of 170 mph. What set the Miura apart from other cars of its time is that it was able to offer the driver the ability to feel what it was like to drive with a hint of fear.

The Miura looks elegant and is instantly recognisable. Its impact on the Lamborghini marque is enough to earn it the first entry into our list of the Top 5 Lamborghinis of all time.

What it looks like on the outside doesn't do it justice to what it's hiding underneath.

The Lamborghini Countach went through several iterations which stopped at the Countach QV that celebrated the 25th anniversary of Lamborghini - who gave this car much more than it needed. It was a monster.

What made the Countach superior to the Miura was the fact that it solved a lot of problems the Miura had:

The Countach was praised for its superior handling, traction, grip and balance. This helped to distinguish the Countach from the other supercars of its time. What were its distinguishing features?

The Countach was given a trademark V12 engine but churned out 455 horsepower and went up to 185mph. If you're familiar with some of the most recent Lamborghinis then you can probably see the aesthetic elements of the Countach.

The Countach will forever be an icon in the Lamborghini family and enough to be in our top 5.

If Darth Vader could drive any car, it would be this.

Inspired by the world's fastest aeroplanes is the Lamborghini Reventón. It's perhaps one of the most aggressive looking Lamborghinis from the time it was first introduced to us.

The aggressive angles compounded by its show-stopping finish makes it just look sinister. However, it compels you to know more.

What's inside the Reventón is just as evil as what's outside. A V12 engine housing 641 horse-power and a rumoured 210 mph top speed.

The Reventón was a bold step by Lamborghini and due to its rarity of only 20 being made, it's audacity in looks and performance, it more than deserves a place on our list of the Top 5 Lamborghinis of All Time.

You met bold, now meet beautiful. Is this the prettiest Lamborghini of them all?

The Lamborghini Gallardo is probably the most recognisable Lamborghini due to it holding the mantle of the best-selling product of all time as over 14,000 were made during its 10 year production period.

One of the most striking things about the Gallardo is that you can't help but notice it. There is no escaping its class and elegance. In addition to this, it houses a monster 5.2L V10 engine which makes it tick over 200 mph in top speed.

The Gallardo's endurance, strikingly good looks being a smokescreen for a monster power output has enabled it to roar its way onto our list of the Top 5 Lamborghinis of all time.

There is no list complete without the Lamborghini Murciélago.

The original Murciélago was introduced in 2001 and around 5 years later came another iteration which was the LP640 edition. The LP stands for the way the engine was positioned and the 640 related to a superior power output compared to previous versions of the Murciélago.

Trivia - This supercar from Lamborghini was a response to growing competition from the likes of Porsche, Ferrari, Bugatti and more.

The Murciélago LP 640 was packing a 6.5L V12 engine which was capable of around 211 mph in top speed. Just over 4,000 Lamborghini Murciélagos were built during its production run which was later dwarfed by the Gallardo. However, the Murciélago paved the way for another Lamborghini supercar which was the Aventador.

The lineage which the Murciélago is part of (Miura, Countach and now the Aventador) has been perfectly preserved. It helped to raise the bar which the Aventador will need to reach and judging by the success of it so far, it's plain to see what helped it to get there.

That concludes William George & Co's list of the Top 5 Lamborghinis of All-Time.

What are your all-time favourite Lamborghinis?

Keep the conversation going or share it with someone who you think will enjoy it as much as you did.

Take a look at our countdown of our Top 5 Ferraris of all time.